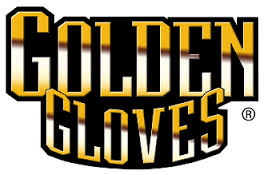 As we have previously stated, High Voltage is a proud ticket sponsor for the Texas Golden Gloves for 2015.  Andy Lecce, a former PA Golden Gloves, knows the value of the program for teaching positive social and physical skills to underprivileged and disadvantaged youth.  Golden Gloves helps to keep these kids off the streets and engaged in a constructive and challenging activity which continually teaches and encourages them.

Giving back is the best part of a company's success.  And, it is our honor to announce the winners of the first High Voltage Scholarships for two deserving Texas Golden Gloves recipients.

We congratulate Brian Flowers of Jimenez Old School Boxing.  Brian received a $1000 scholarship to cover his tuition for his fall semester at North Central Texas College.

Our second $1000 scholarship was awarded to Pedro lbarra of The Hill Boxing.  We congratulate Pedro on this well-deserved scholarship.

We look forward to continuing to help Texas Golden Gloves in the future and thank all those involved with making it a great program in our community!  You can support them on their Facebook page:

Natural gas in it's pure form is colorless, odorless and shapeless. Only after processing is the "rotten egg" odor added for safety. It is a combination of several gases like propane, butane, carbon dioxide, ethane, oxygen, nitrogen and hydrogen sulfide, but primarily made up of methane gas so when you burn it gives of heat energy.