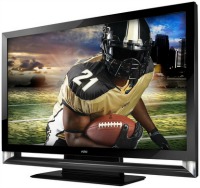 February 1, 2015 will have over 100 million TV viewers for Super Bowl Sunday.  With the planning of Super Bowl parties comes the desire for sports fanatics to purchase the TV that gives the best picture.  If purchasing a new TV for this weekend's sporting event is part of your playbook, consider a plasma for the ultimate football watching experience.

Plasma scores bigger points with motion.  If most of your TV time is spent viewing sports, watching action movies or playing games, plasma gives a true-to-life, clear picture with high motion.  Because it's illuminated at sub-pixel level, the light output of a plasma is very consistent across the whole screen.  There's no lagging or ghosting in the picture.  If you are having a football party with a lot of people, consider that plasma has the widest vertical and horizontal viewing angles than other TV screens making the picture bright and crisp from any spot in the room.  That's a plus for those sitting on the off side.

As for LCD/LED, they give a brighter picture than a plasma so the screen is easier to see in a bright or naturally lit room.  That is something to consider for afternoon games.  Also, if aesthetics is important to you, these screens are thinner, which is a good factor if hanging on the wall. Another plus for LCD or LED is energy efficiency...yes, they score over the plasma when it comes to green.

Oh, but did we forget to mention that plasma TVs are cheaper, especially when comparing prices on big screens?  Now, that may be something to cheer about.

Natural gas was formed deep under the earth about 100 million years ago.